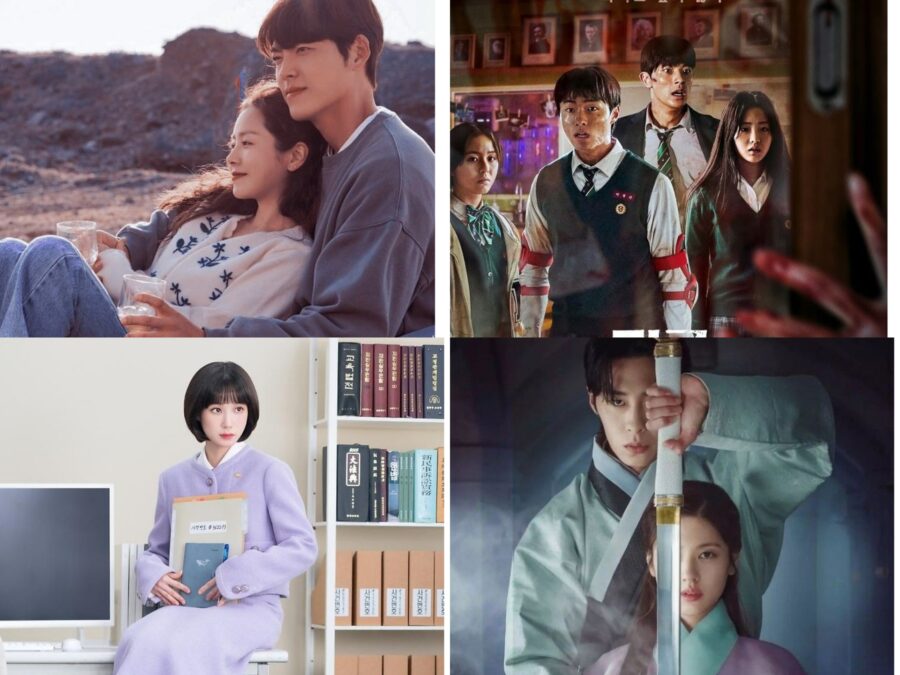 So we’ve already in second half of the year and just in 4 month down 2022 has already give us a lots of good drama. I make a list of top 10 korean drama so far highest rated and popular kdrama so make sure to read full article to check out how many you’ve seen and how many you’ll add on your watchlist.

All of Us Are Dead is about a group of high school students who are faced with an extreme crisis situation when they become trapped in their school, while a zombie virus spreads like a wildfire. The series was renewed for a second season on june 6, 2022.

This drama is adapted from the web novel “The Office Blind Date” by Hae Hwa.

Where to watch  – Disney+ Hotstar

The story is set in 1998 and tells the stories of youth who find new direction and growth after having their dreams taken away. Two people first meet when they are 22 and 18 years old and fall in love years later when they turn 25 and 21.

Adapted from the webtoon “Tomorrow” (내일) by Llama.

Where to watch  –  Netflix, MBC

A trio of best friends stand together as they experience life, love and loss on the brink of turning 40.

Where to watch  –  Netflix, JTBC

The story talks about the people who work behind-the-scenes of the entertainment industry, such as PR teams, managers, and reporters.

This drama is about a 27-year-old lawyer with Asperger’s syndrome.

Where to watch  –  Netflix,

“Our Blues” takes on an omnibus-style drama, which tells the story of diverse characters that are somewhat interconnected to one another, in one way or the other.

Tells story about the country of Daeho, where fate of prople become twisted due to “hwanhonsool” (the soul of the dead return to the living).