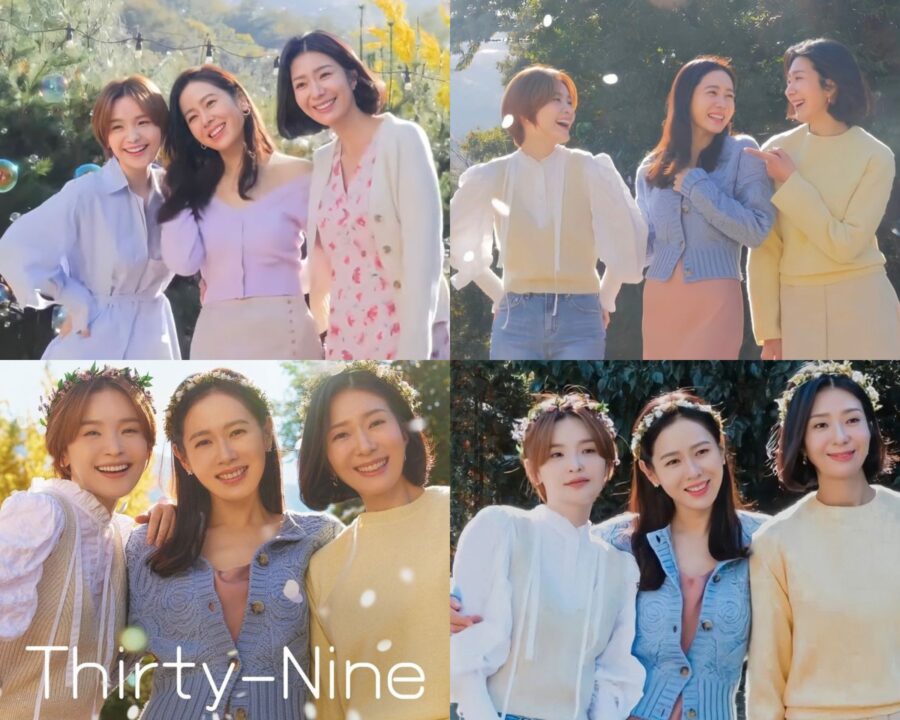 Thirty-Nine korean drama story revolves around the life, friendship, romance and love of three friends, who are about to turn 40 years old.

Cha Mi Jo is the head dermatologist of a clinic in Gangnam. She is a warm character who grew up in a wealthy environment with a caring family and everything she could wish for.

Jung Chan Young dreamed of becoming an actress but ended up becoming an acting teacher instead. Although her way of speaking may seem blunt and harsh, the sincerity in her words makes her a character impossible to hate.

Jang Joo Hee is a department store cosmetics manager. Due to her timid personality, she has yet to really experience a romantic relationship.

Some of us had a new beginning and some faced an end when we’re… thirty-Nine.

When we encounter an inconvenient truth, the truth itself isn’t… what makes us flustered. We become flustered because we finally encounter something ominous that we’ve strived so hard to bottle up. That’s why we feel uneasy about the truth.

When we encountered the painful Life and death situation, we have barely bloomed. We were only just nearing… the end of our thirties.

As I grew older, I realized no matter how tough life maybe and no matter your story you should never abandon your child.

Everyone dies. But i don’t know what will happen to me once I die and I think that’s what scares me.

None of us cried. We never promised not to cry… but we all had smiles on our faces.

When you’re overwhelming grateful, you find it so hard to express your gratitude.

At what age do you think we’ll get used to your absence? I don’t think that day will ever come. We started out as three and now the two of us are left here… missing you Chan Young.