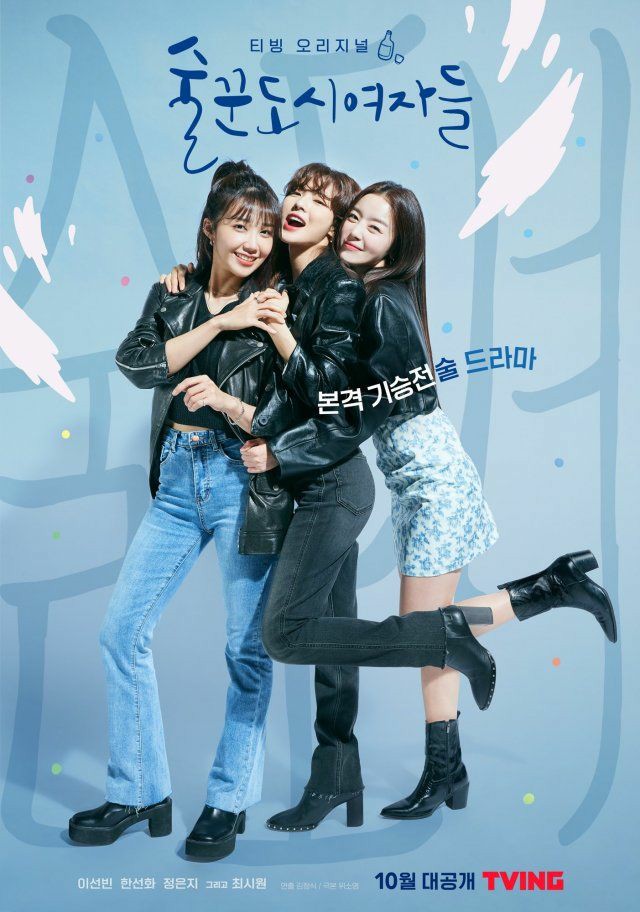 I just randomly browsing to watch something then the name of this k-drama caught my attention. I thought lets give it a try! Surprisingly it’s a good drama, first impression, i though it was just about drink, but more i watch it, the story is more deep and somehow feel relatable. I love the characters and their friendship is very genuine and beautiful.

This is the best comedy k-drama I’ve seen this year. everyone must really watch this show. It has everything comedy, friendship, romance,slice of life and what not. which can make you laugh, cry and reminisce at the same time.

‘Work later, drink now’ k-drama tell the story of three women, who are single and in their 30’s. whose belief in drinking is life and conveys comforts that will melt the tired body and mind. Their jobs have An So Hee work as a broadcasting writer, Han Ji Yeon as a yoga instructor, and Kang Ji-Gu as a YouTuber.

I’m not gonna giving you any spoiler here, you can go and watch this interesting drama and share you thought in the comments!

On December 15, 2021, TVING confirmed the series would have a second season.

Beautiful Quotes From ‘now,We Are Breaking Up’ Korean Drama

Liking someone is not a crime. Being unable to do what you love will make you more miserable.

Friends don’t have to know everything about each other. Because we find out eventually.