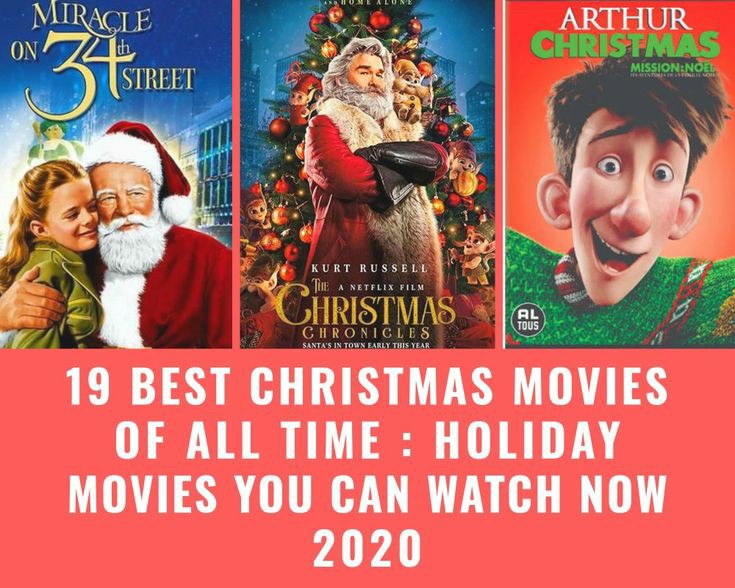 Merry Christmas to all. The holiday bliss is here. Christmas is a time for family, friends, warm meals, forgiveness and of course movies. During this pandemic time movies will be even more of a comfort than usual.

Whether you’re are searching for the perfect movie to watch on Christmas Eve Or all you want to spend this december with some feel-good happy ending Christmas movies filled with Christmas spirit and morals.

Here is my list of 19 Christmas movies you should watch this holiday season. I didn’t give them a ranking because I think they are all the Christmas gems.

George Bailey has so many problems he is thinking about ending it all – and it’s Christmas! As the angels discuss George, we see his life in flashback. As George is about to jump from a bridge, he ends up rescuing his guardian angel, Clarence – who then shows George what his town would have looked like if it hadn’t been for all his good deeds over the years.

In this Christmas classic, an old man going by the name of Kris Kringle (Edmund Gwenn) fills in for an intoxicated Santa in Macy’s annual Thanksgiving Day parade. Kringle proves to be such a hit that he is soon appearing regularly at the chain’s main store in midtown Manhattan. When Kringle surprises customers and employees alike by claiming that he really is Santa Claus, it leads to a court case to determine his mental health and, more importantly, his authenticity.

A young boy boards a train and embarks on an extraordinary journey to the North Pole to meet Santa Claus. His life takes a turn after he encounters special people that make his journey memorable.

Eight-year-old Kevin is accidentally left behind when his family leaves for France. At first, he is happy to be in charge, but when thieves try to break into his home, he tries to put up a fight.

Howard, a haggard salesman, promises his son a Turbo Man toy for Christmas. He is forced to fight every parent and travel all over town to get the toy after he forgets to buy it.

Buddy, a human, is raised amongst elves at the North Pole. When he discovers that he is not an elf, he travels to New York to search for his biological father.

How the Grinch stole Christmas (2000)

Grinch lives in solitude just outside Whoville. He hates the townsfolk and despises Christmas. Cindy Lou, a six-year-old girl who believes in the spirit of the festival, sets out to reform him.

Eight London couples try to deal with their relationships in different ways. Their tryst with love makes them discover how complicated relationships can be.

Singers Bob Wallace (Bing Crosby) and Phil Davis (Danny Kaye) join sister act Betty (Rosemary Clooney) and Judy Haynes (Vera-Ellen) to perform a Christmas show in rural Vermont. There, they run into Gen. Waverly (Dean Jagger), the boys’ commander in World War II, who, they learn, is having financial difficulties; his quaint country inn is failing. So what’s the foursome to do but plan a yuletide miracle: a fun-filled musical extravaganza that’s sure to put Waverly and his business in the black!

Two girls from different countries swap homes for the holidays to get away from their relationship issues. However, their lives change unexpectedly when they meet and fall in love with two local guys.

Clark Griswold is really into Christmas and promises to make it a good one until he turns everything completely around, causing a domino effect of disasters.

Kevin accidentally boards a flight to New York City and gets separated from his family who are on their way to Miami. He then bumps into two of his old enemies, who plan to rob a toy store.

A cynically selfish TV executive is haunted by three spirits bearing lessons on Christmas Eve. With the help of the ghosts of the past, present and future, he realises that he must reform himself.

Rather than spreading good cheer, Willie, a swindler dressed up as Santa, and his elf partner Marcus try to rob a mall. Their motive fails when the thief befriends an eight-year-old boy.

Ebenezer Scrooge, a spiteful and miserly man, encounters three spirits on Christmas Eve, who show him the folly of his ways and prompt him to become a better man.

By helping Santa Claus with a Christmas crisis, Scott unknowingly agrees to become the next Santa Claus. Now, he has to deal with a suspicious former wife while trying to keep his secret safe.

Based on the humorous writings of author Jean Shepherd, this beloved holiday movie follows the wintry exploits of youngster Ralphie Parker (Peter Billingsley), who spends most of his time dodging a bully (Zack Ward) and dreaming of his ideal Christmas gift, a “Red Ryder air rifle.” Frequently at odds with his cranky dad (Darren McGavin) but comforted by his doting mother (Melinda Dillon), Ralphie struggles to make it to Christmas Day with his glasses and his hopes intact.

Siblings Kate and Teddy Pierce hatch a scheme to capture Santa Claus on Christmas Eve. When the plan goes awry, the kids join forces with a somewhat jolly Saint Nick and his loyal elves to save the holiday before it’s too late.

When Santa’s gawky son Arthur learns that owing to a technical glitch a little girl’s Christmas gift has been misplaced, he sets out on a mission to deliver the present before it is too late.