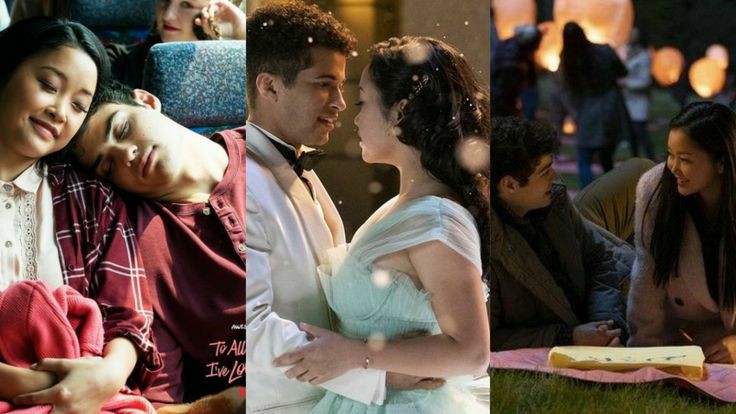 To All the Boys is a Netflix series of American teenage romance films, based on the trilogy of novels of the same name written by New York Times bestselling author Jenny Han.

To all the boys is a story about a high school girl Lara Jean Song who keeps her love letters in a hatbox her mother gave her. They aren’t love letters that anyone else wrote for her; these are ones she’s written. One for every boy she’s ever loved—five in all. When she writes, she pours out her heart and soul and says all the things she would never say in real life, because her letters are for her eyes only. Until the day her secret letters are mailed, and suddenly, Lara Jean’s love life goes from imaginary to out of control. So what happen when all the crushes she ever had found out how her felt about them…all at once?

1. To All The Boys I’ve Loved Before

• Lara – okay, um… So love and dating? I love to read about it and it’s fun to write about and to think about in my head, but… When it’s real…

Peter – why? Why is that scary?

Lara – cause the more people that you let into your life, the more that can just walk right out.

• Lara – you can be mad at someone and still miss them.

• Lara – I always thought no one was paying attention to what I was doing. That the only drama in my life was in my head, but it turns out that I wasn’t as invisible as I thought.

Lara – because if it wasn’t real, than I didn’t lose anyone. But if I say that it was real, and he still doesn’t want me…

Josh – then at least you’ll know. Lara Jean, you’ve gotta tell people how you feel when you feel it. You can’t sit up in your room writing love letters there you’re never gonna send out.

• Lara – people say fairy tales aren’t real. But sometimes… happily ever after is for real.

• Peter – the bigger the menu, the fancier the restaurant. Everybody knows that.

• Lara – There’s a Korean word my grandma taught me. It’s called jung. It’s the connection between two people that can’t be severed. Even when love turns to hate. You will always have tenderness in your heart for them.

3. To All The Boys : Always And Forever

• Lara – in movies love is always about the big moments. Grand speeches made in front of everyone, ‘marry me’ written on the Jumbotron. But maybe love is actually about the moments when you think no one is watching.

• Lara – It’s strange, to spend so much time wishing for something and then have it be over.

• Peter – There’s nothing worst than not feeling chosen.

• Dr. Covey – Well, I know. But, honey, it’s okay to have difference in relationship. If you feel the same way about everything, you’ll never grow.

• Peter – If you love somebody, that’s what you do. You try to do everything you can.

• Lara – My whole life, I’ve wanted the kind of love you see in the movies. Hand in the back pocket of your jeans kind of love.

Boy meets girl, they break up and make up, and they live happily ever after. But, in real lit, that’s not where the story ends, it’s where it begins.

Because life is beautiful and messy, and never goes according to plan. And the truth is, I have no idea what it has in store for me. But i do know that love real love is choosing each other through all of it. Every single day. Beginning and middle and end.