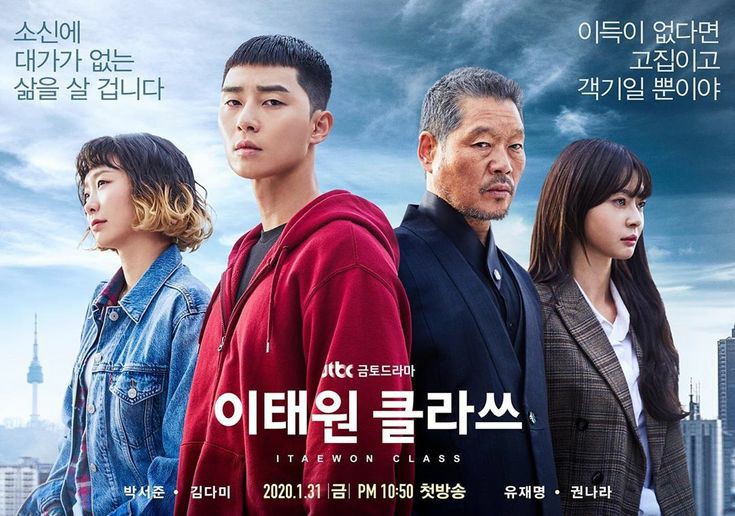 I was initially a little sceptical about watching Itaewon Class. But i just started to watching this drama because Park Seo-joon. I knew that he definitely didn’t let me down and i love that he did a great job to portray his character as a role of a rebellious high school kid and ex-convict as well as a matured middle aged man. I fell in love with his character in this drama.

The drama is mainly about Park Seoroyi’s revenge and struggle but this drama subtly touch a lot of issues like discrimination of LGBTQ, ex-convicts, racism problem, gap between the wealthy and the poor and the power games.

This drama was all the inspiration you could asked for. I found some quotes that very inspiring and beautiful and I felt it’s worth sharing.

1. Frankly, everyone knows how to become successful.
-How you do it?
-You just need to work hard, like crazy.
But it feels like such a chore.

2. It’s strange, but all I can remember is what I’ve gotten. I just took it for granted. Why did I take it for granted? I must’ve been crazy.

3. Do you know what a sympathy is? It’s a distasteful emotion where you look down on someone and get comfort from it.

4.Have you ever thought that it would’ve been better if you had never been born?

5. We all grow old and die, you know. But we have to study and do other things fully knowing that. Until the day we die. Isn’t life so tiring?

6. Love and success. I can achieve all those things.

7. He’s not just a mediocre man. I will turn him into someone amazing.

8. There are people who must get what they want no matter what. If anyone gets in the way, they do everything they can to destroy that person. I’m like that.

9. There are times when you’re faced with things that you just can’t tolerate. You don’t need to be on anyone’s side but your own.

10. In my opinion, power comes from people. Because their trust gives me strength.

11.Emotions are shallow and inconsistent. They change according to the situation.

16 Quotable Quotes From Kdrama Record Of Youth – ladykiatown
21 Most Memorable And Relatable Quotes From “It’s Okay To Not Be Okay”
Korean Drama : Because This Is My First Life – Memorable Quotes About Love And Life.
Top Most Beautiful Quotes from the KDrama, Romance is a Bonus Book

12. I want to live a life where I make my own decisions and I don’t have to pay for my principles.

13. What I want is freedom. I want my words and acts to have power so no one can mess with me and my people. I don’t want to be swayed by anyone or any injustice.

14. That’s what life is. You can overcome anything as long as you’re alive.

15. Life is so pointless and obvious. We all grow old and die one day before we even turn 100. But we all try so hard to live a decent life.

16. A person with a clear goal can achieve many things.

17.My mind and heart are both filled with you.

18. I’m already happier than I ever imagined I could be.

There’s also a poem that is featured in the drama by the writer which is very inspiring and beautiful that is worth sharing.