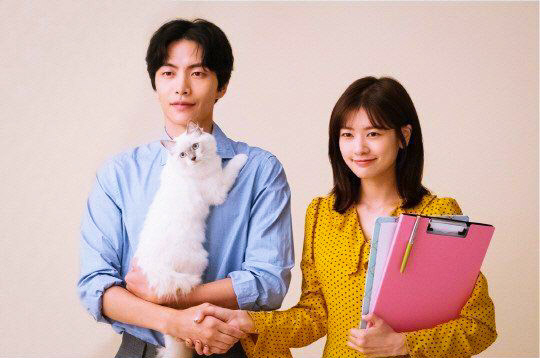 Spread the love
“Because This Is My First Life” is one of the best realistic dramas ever. There are no stereotypes and Kdrama cliches. It talks about the sensitive subjects like male privilege, sexual assault, sexism, workplace Harrasment, flaws of human beings, mental health and addresses issues such as going braless and men blaming periods when women get very emotional.
It also talk about social pressure for being married and having kids as you get older as if this become a sign for a happy life one can have. It also beautifuly define a relationship between family and friends.
I found it so relatable,funny and very touching with beautiful actors and equally amazing ost.
Personally I like jiho character how she is using Metaphors to express her complicated feeling and thought. Her character is so brave and beautiful.
It’s been a month since I finished watching “Because This Is My First Life”. I know I’m so late to watch actually this drama is on my watch list for a long long time and recently I started it with doubtful mind because I wasn’t expecting that much but now this is became one of my favorite k drama.
There is some memorable quote from this drama about love, life and society that I want to share with you guys….

Because This Is My First Life – Memorable Quotes About Love And Life. 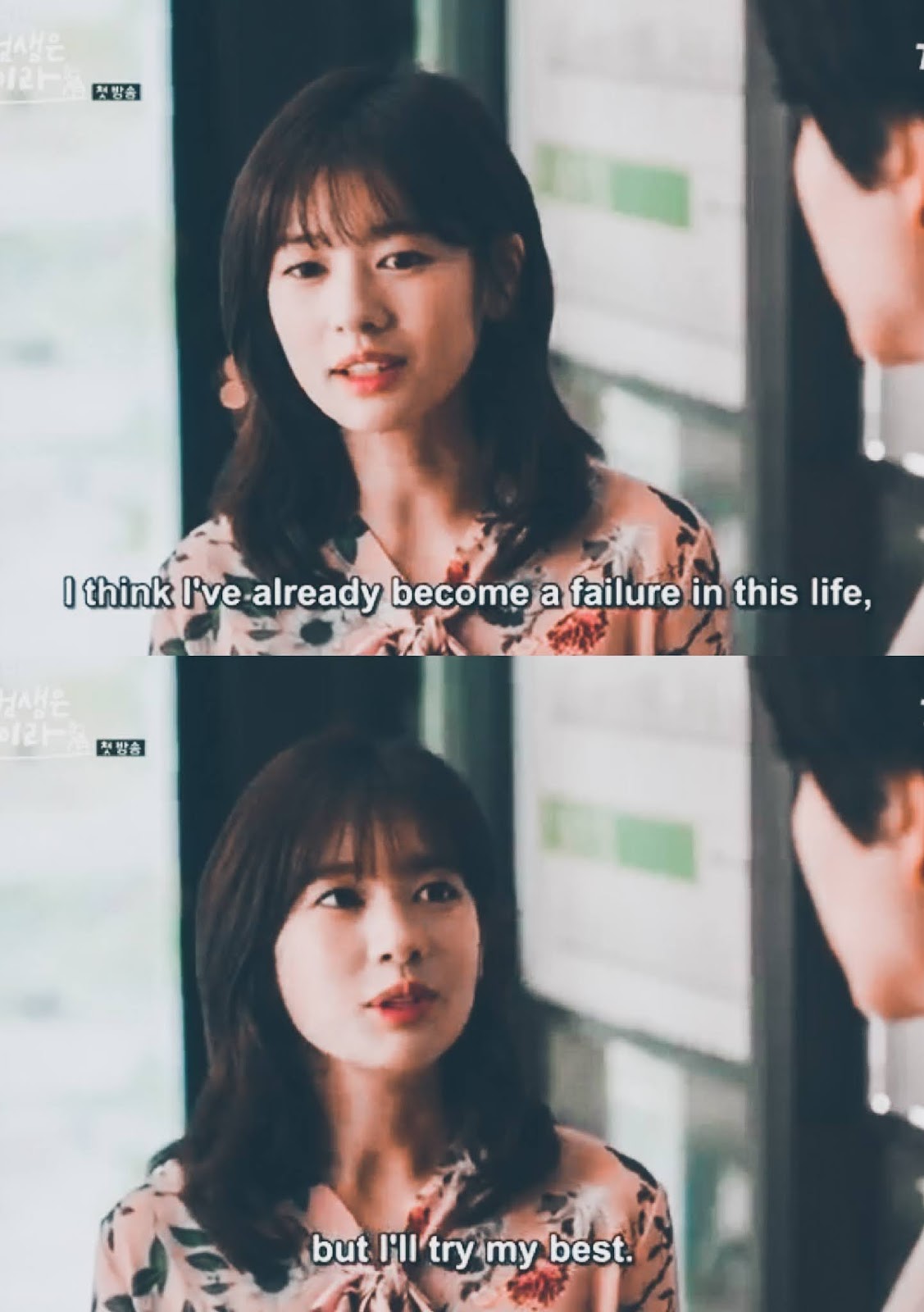 #2. Good luck, going through this life is the first time for all of us anyways. I’ve forgotten for a while, this life… this moment… you only get one chance. (Se hee) 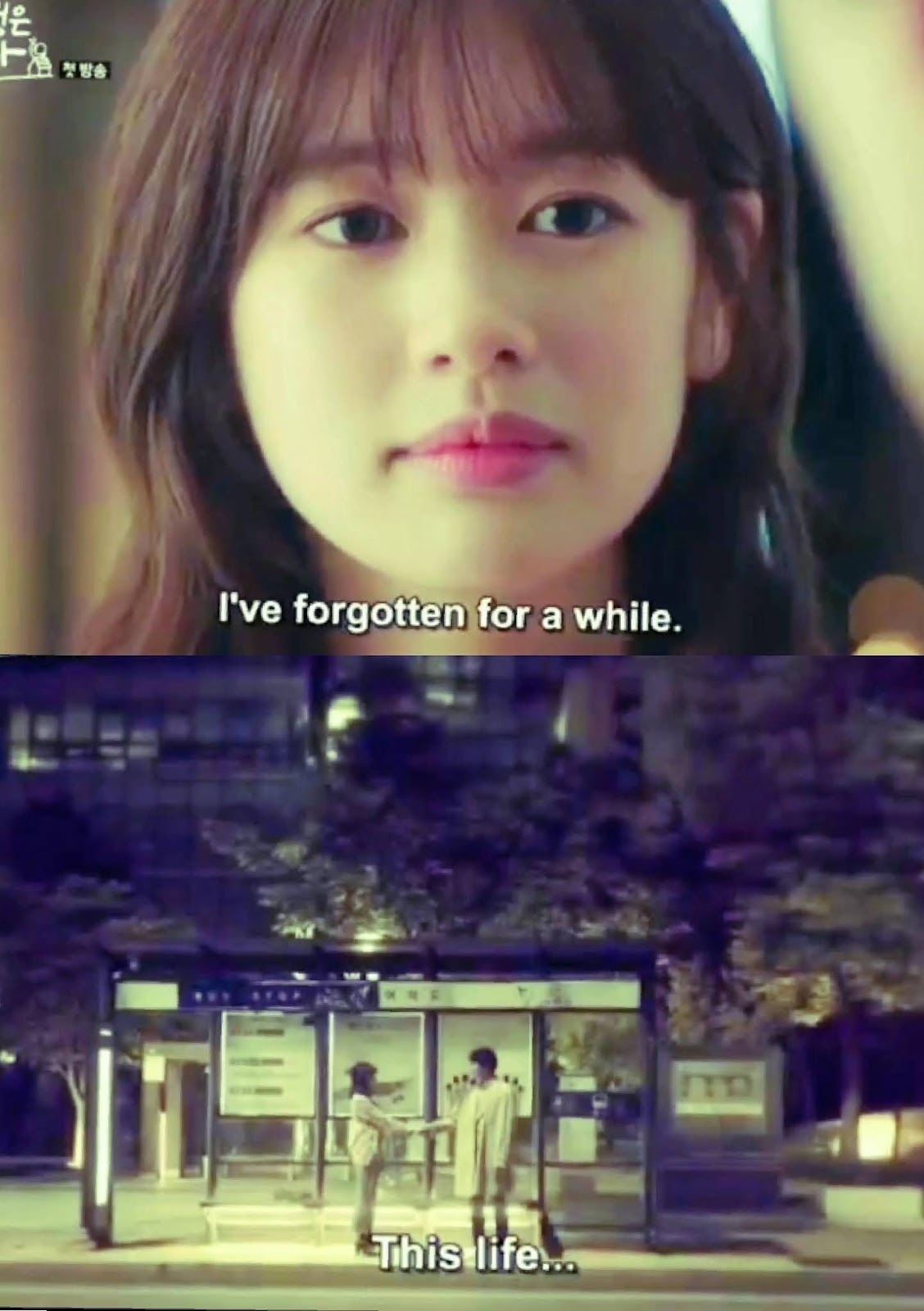 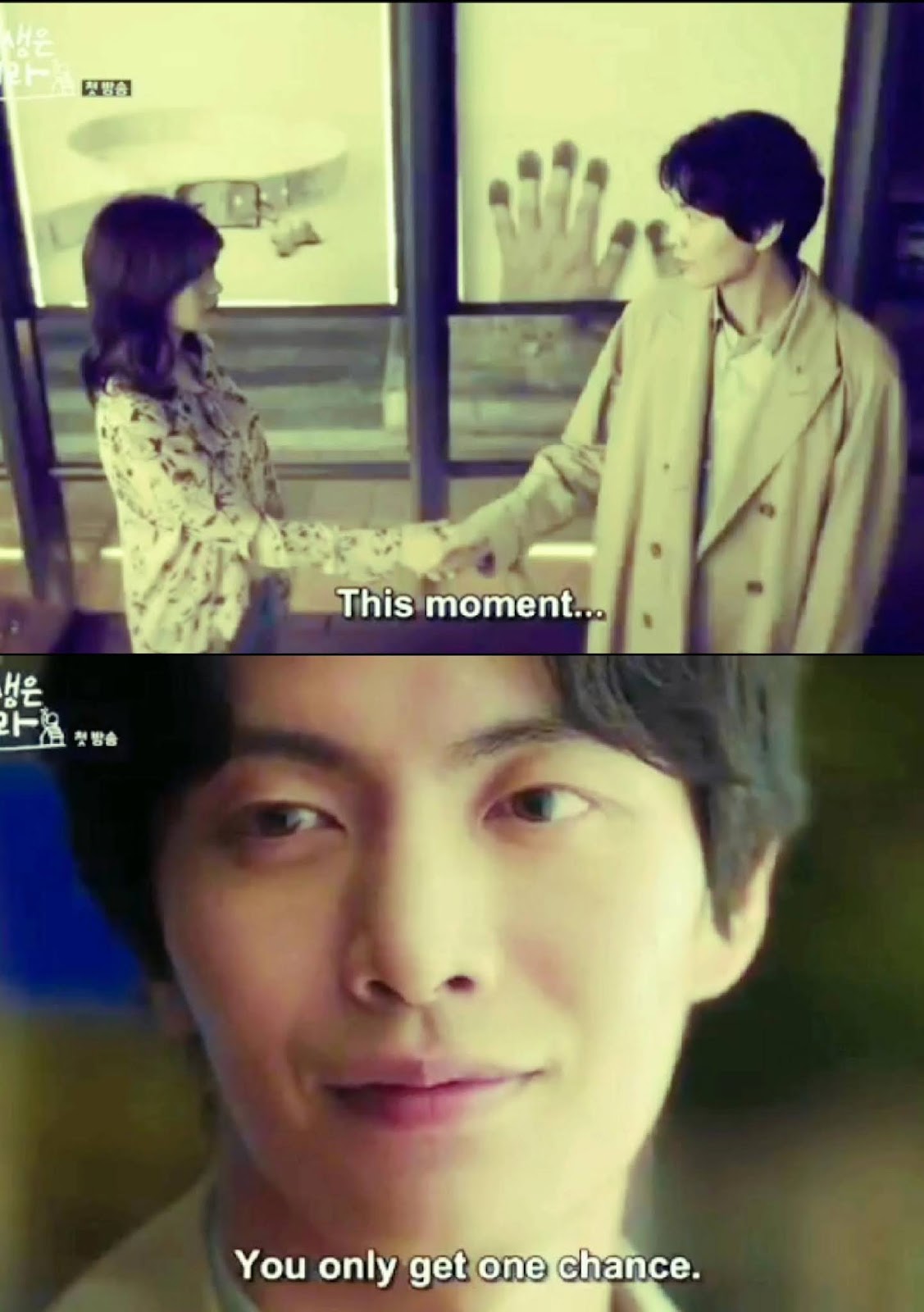 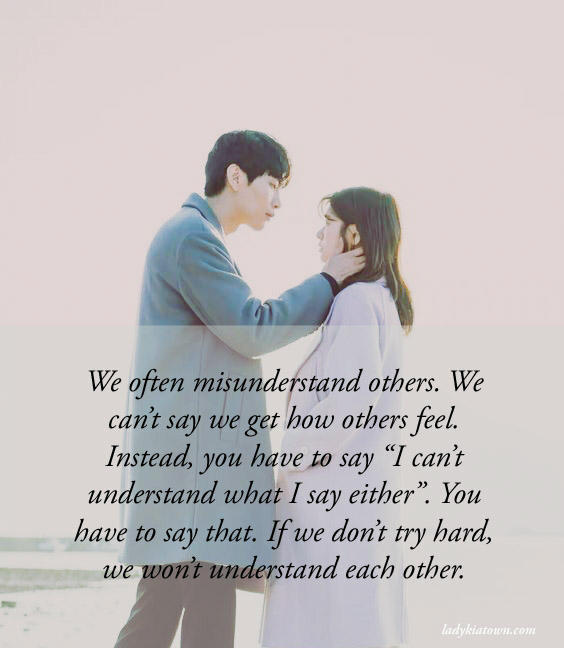 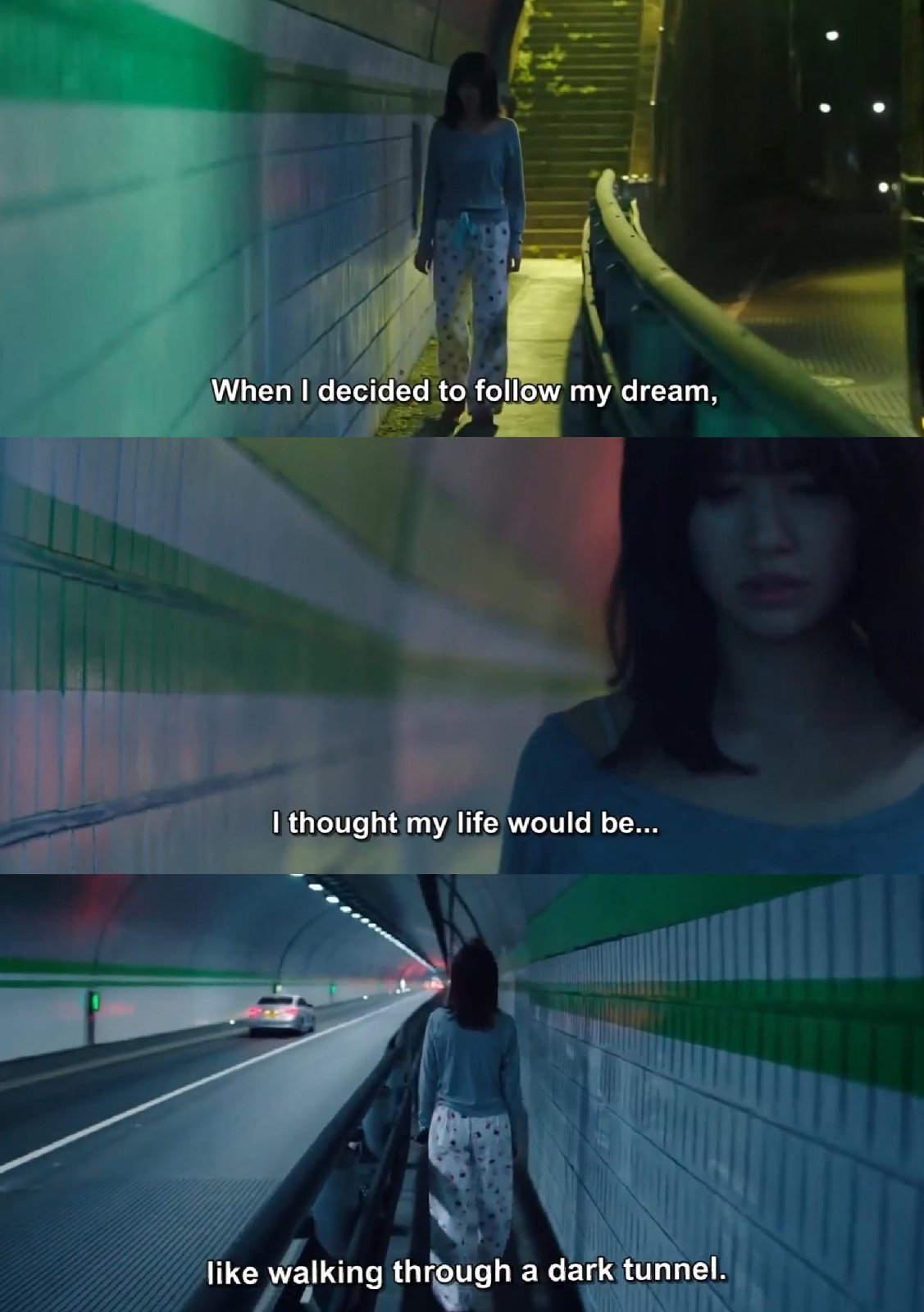 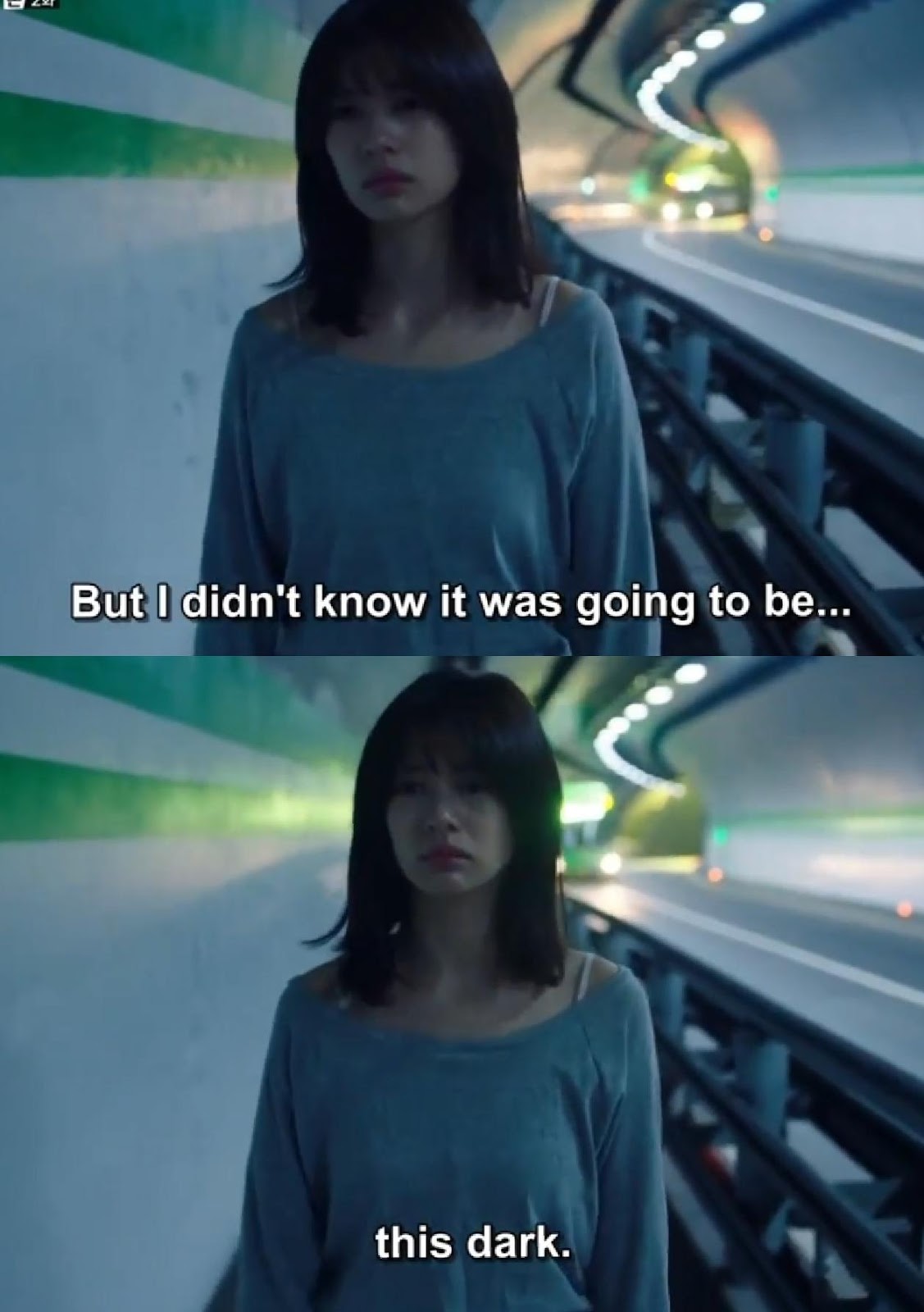 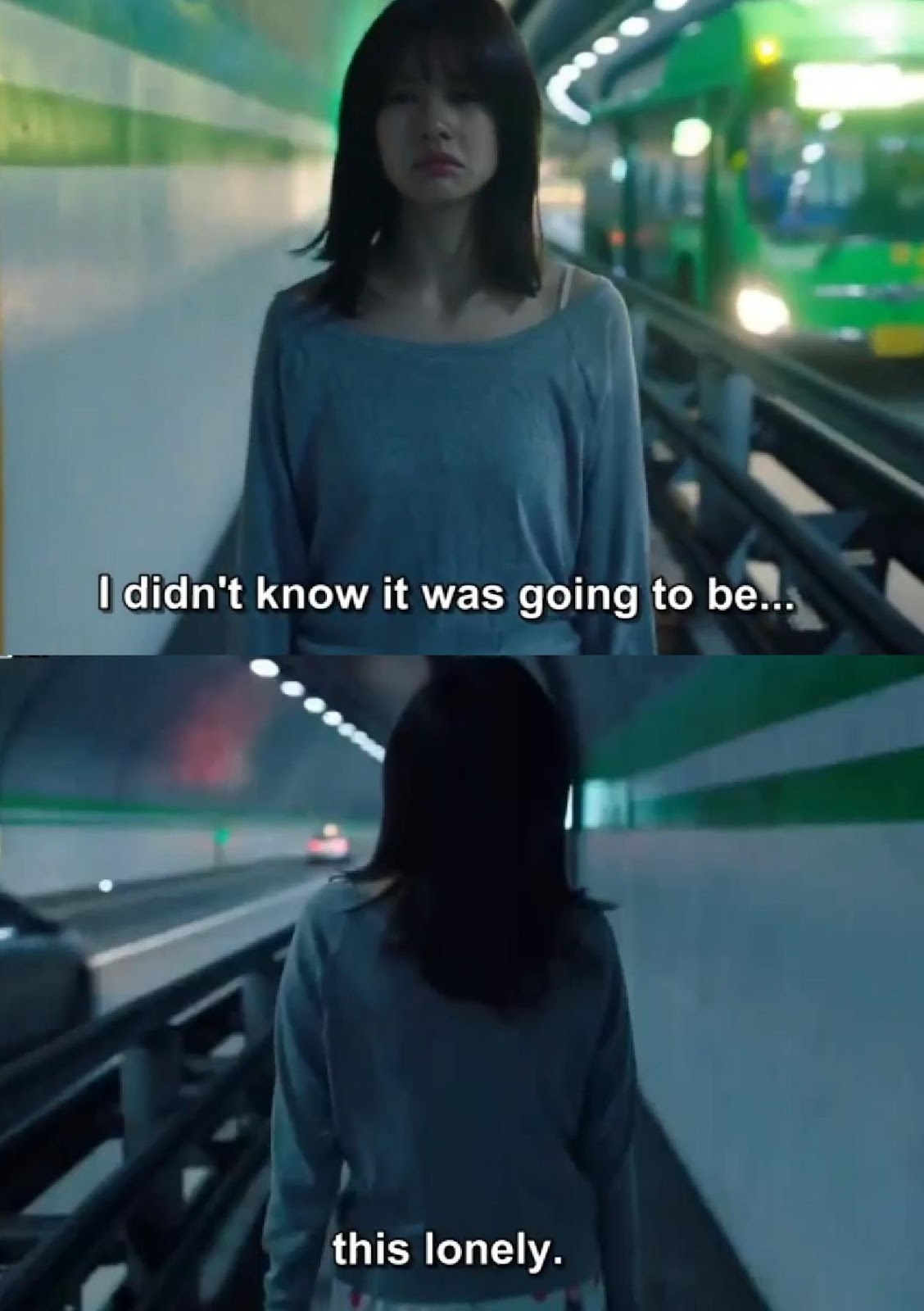 #5. If you don’t have any money, all you can do is just sleep. You can’t dream of anything.

#6. It was such a long day. I moved out from a house which I lived for five years. I got friend-zoned after three years.
I kissed a total stranger.
Way to go, Yoon Ji Ho. This is not how I imagined I’d be living in my 30s, but considering it being my first time, it’s not so bad.
Like what he told me, we are all living this life… for the first time. ( jiho) 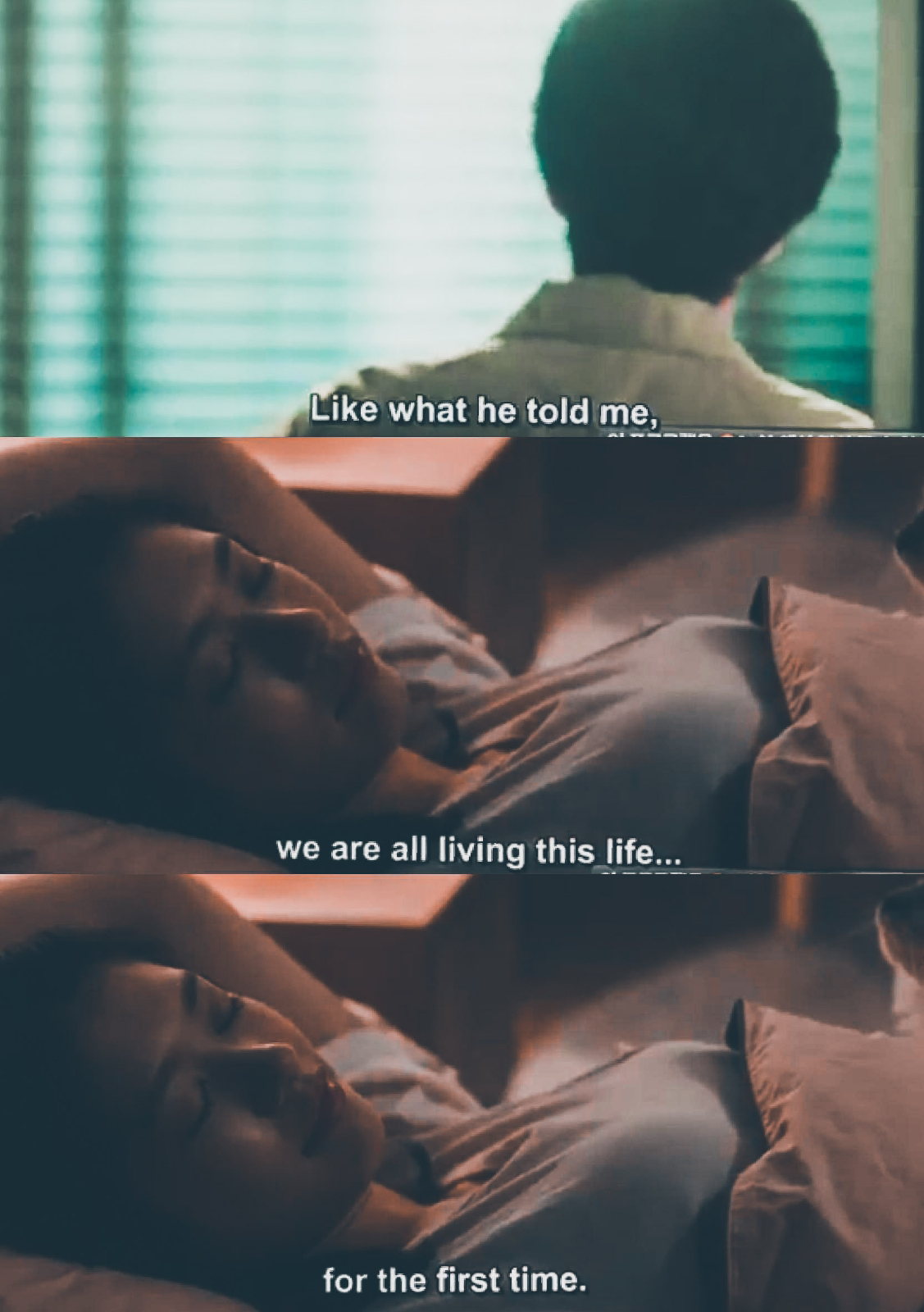 #7. Life is too long. There are too many unwanted scenes. (Soo Ji)

#8. Words are born from people’s mouths. And die in their ears. But some words don’t die. They go into people’s hearts. And survive. (Se Hee) 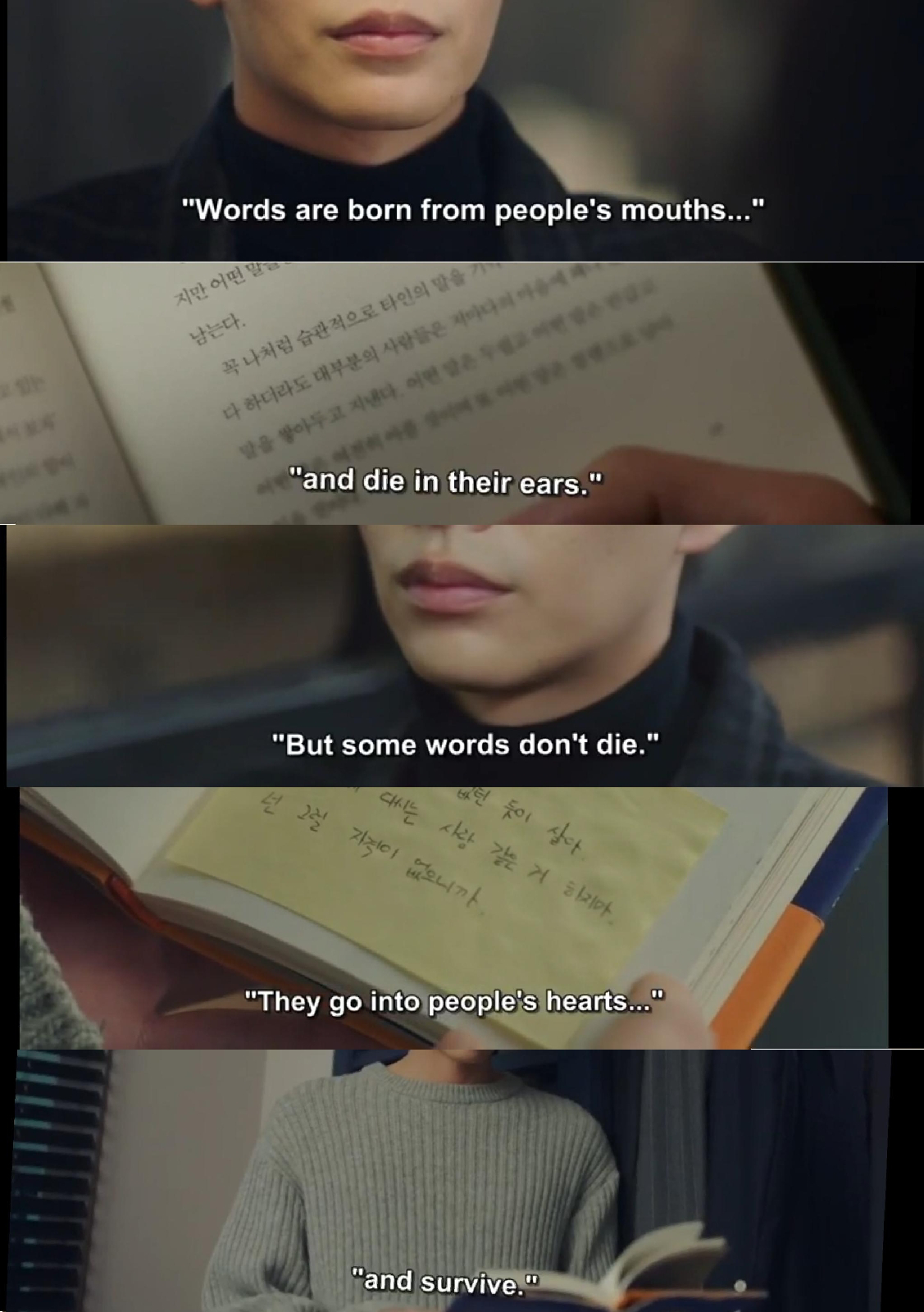 #9. It’s important to take care of your star pocket. That’s the important thing. Although our lives about the same. Sometimes there are moments that sparkle. Whenever that’s happen, don’t let it get away. Save them in your star pocket. That way, when things get tough or when you get tired, you can take out a star at a time and find the power to get through it. 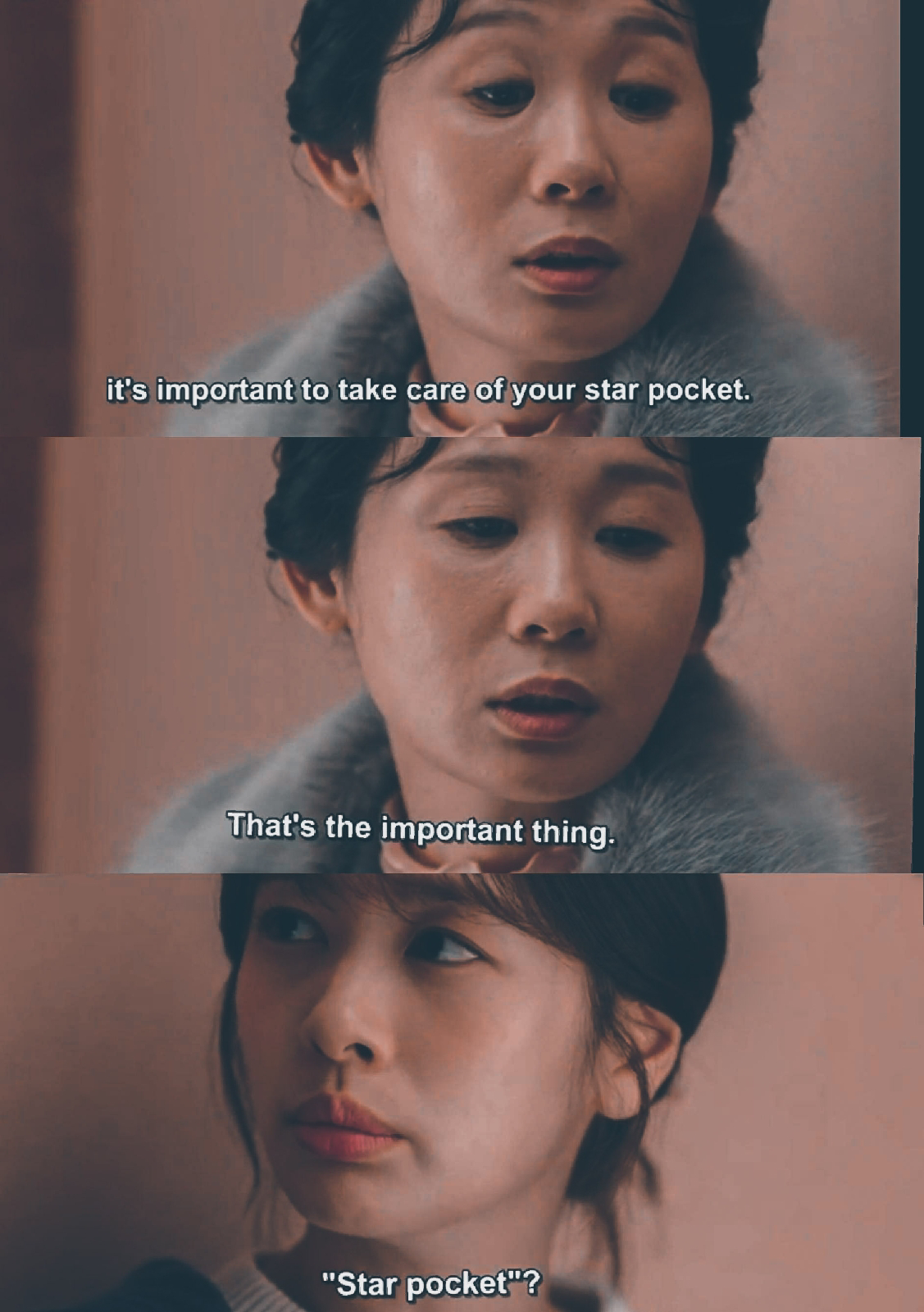 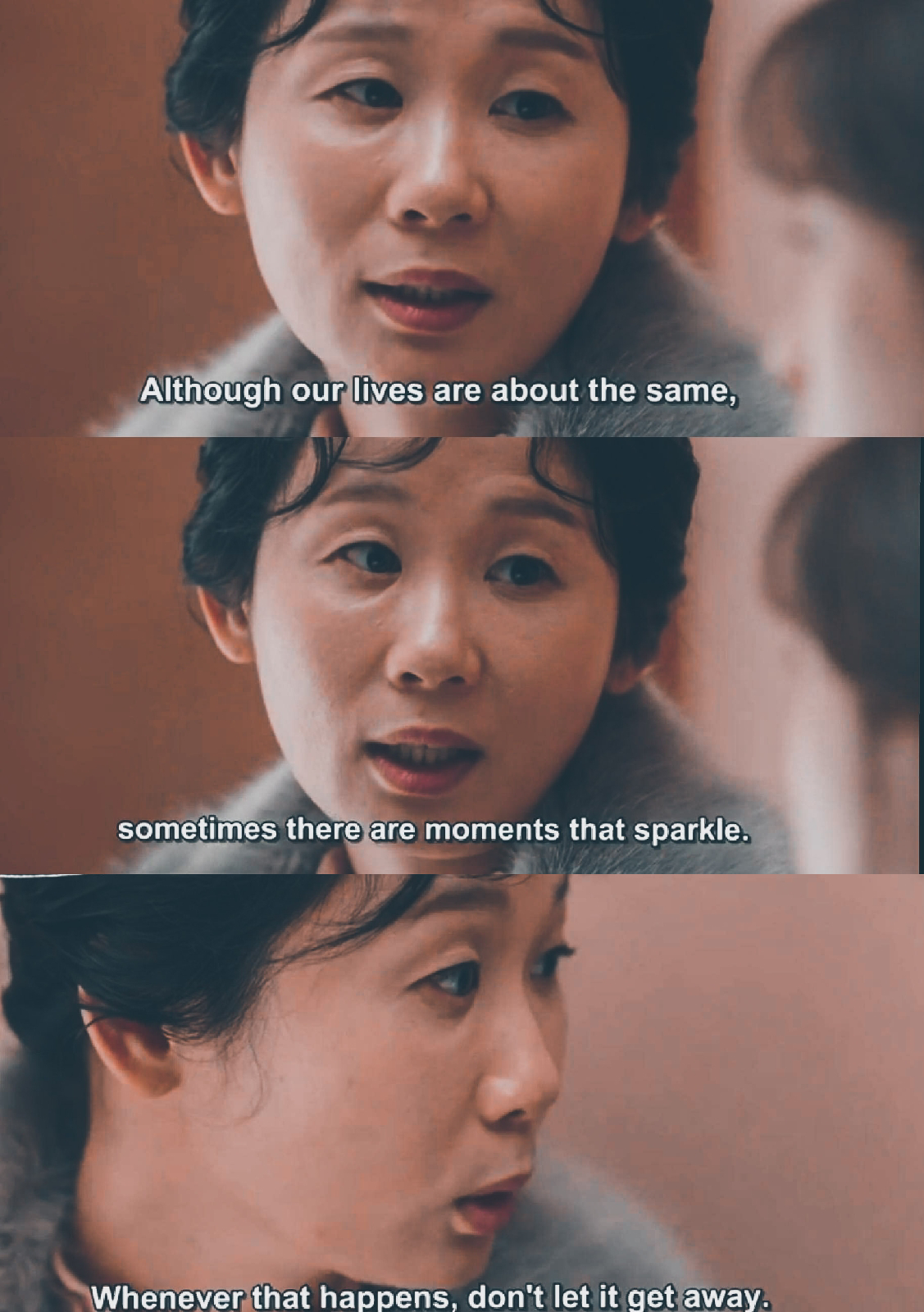 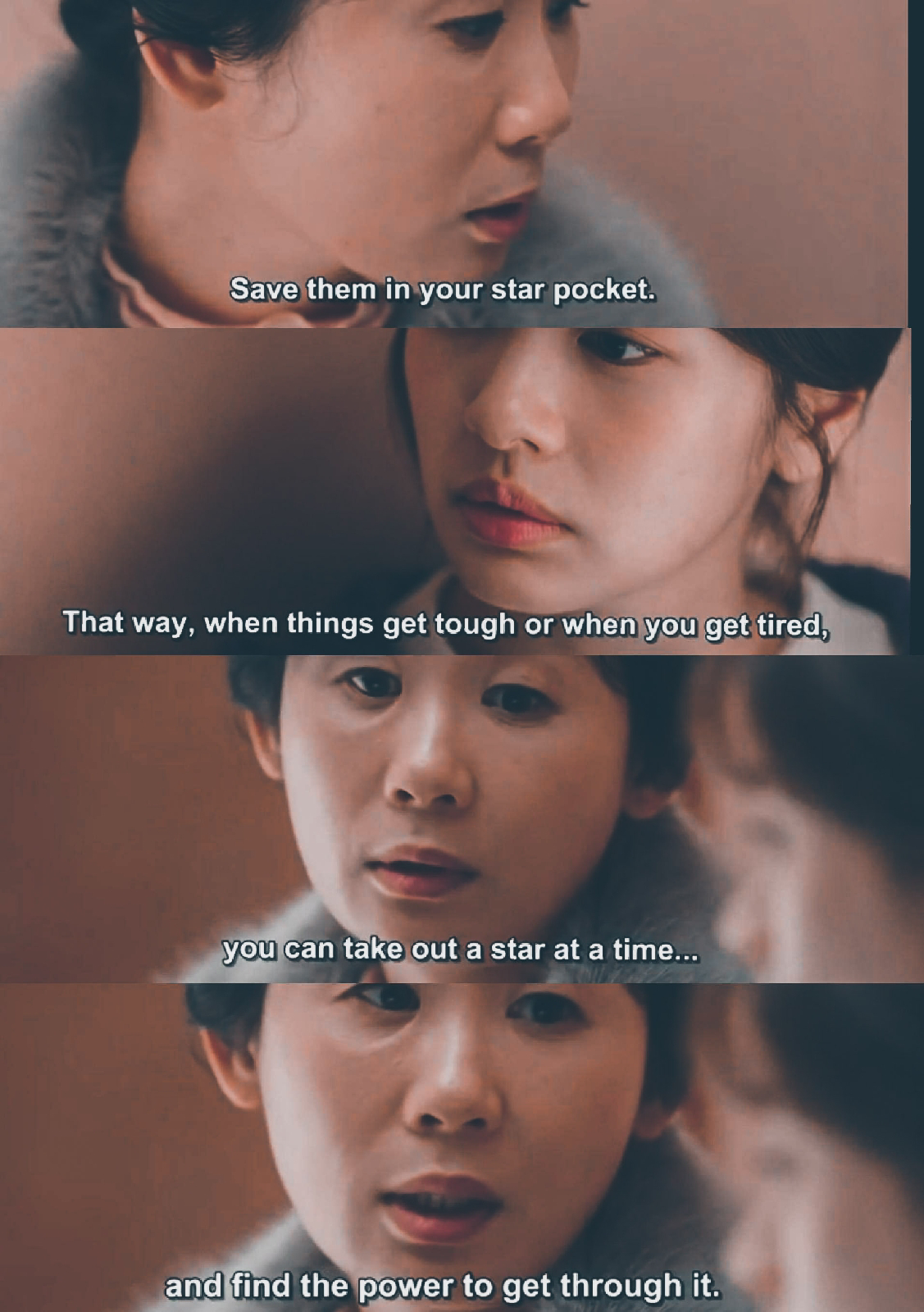 #10. Love exists in this kind of world, and as long as you love someone, we need to try hard, because trying hard for the other person makes life something worth trying. 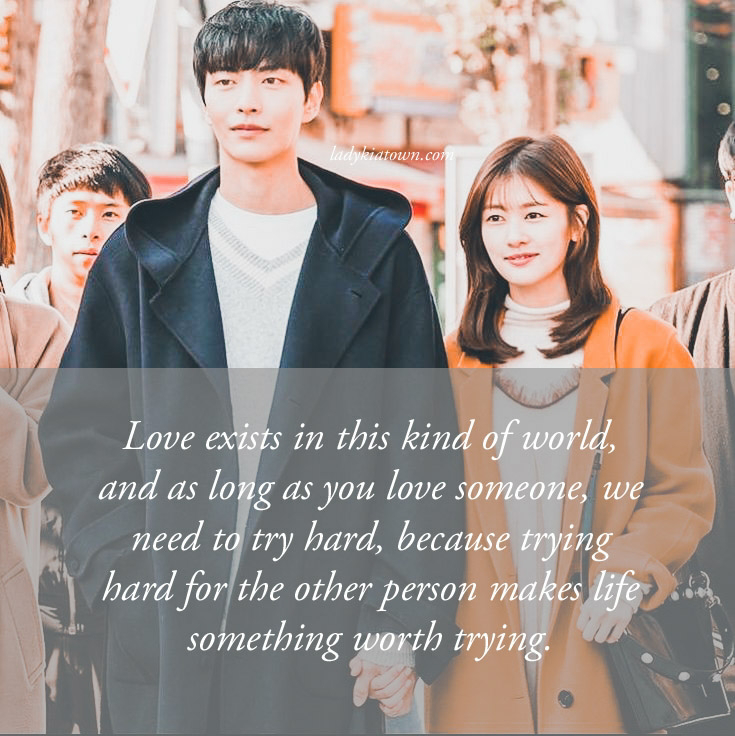 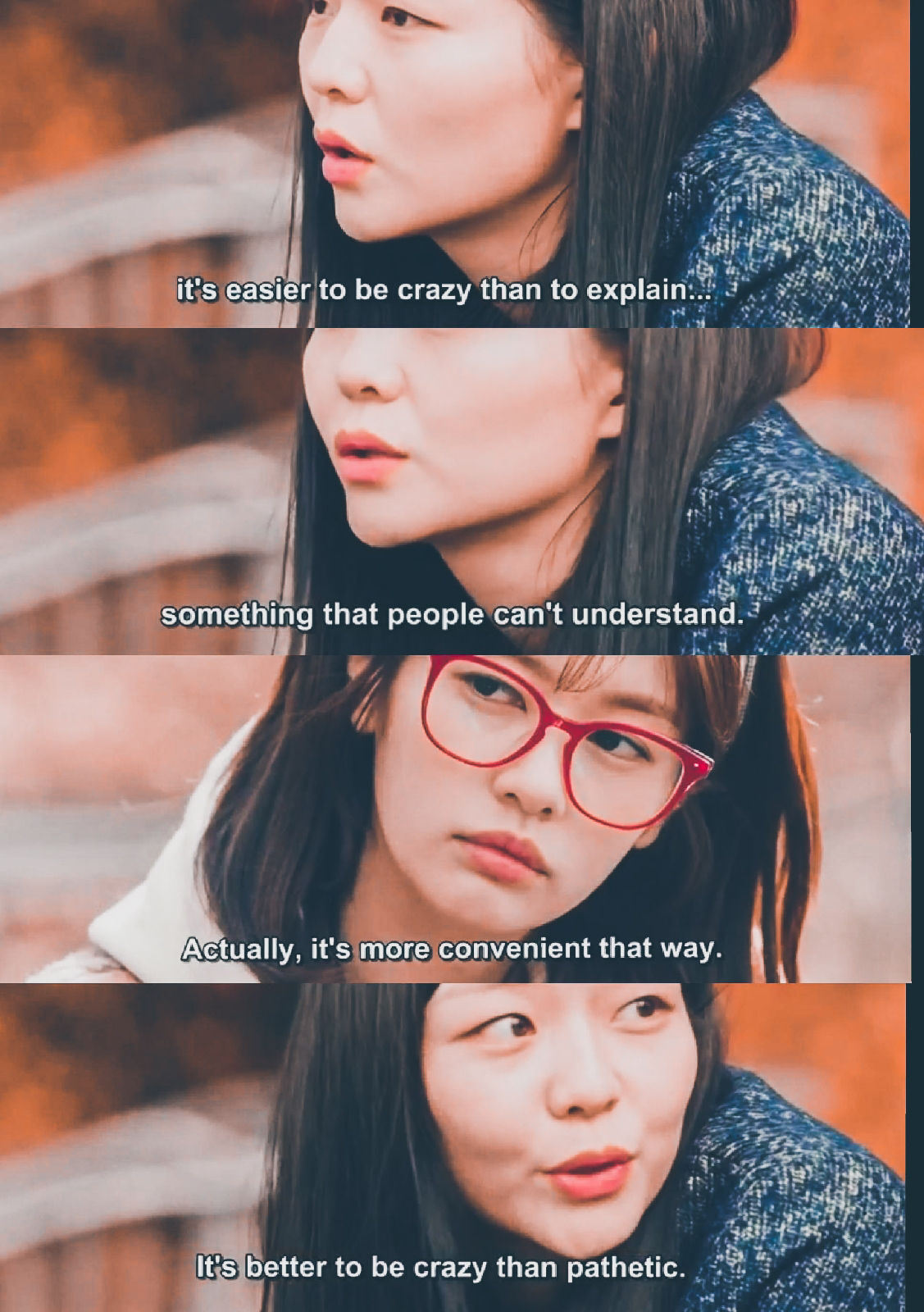 #12. In the dramas or movies that filled my early childhood, a kiss was always the symbol of a happy ending. However, the reason why a kiss had to be the ending because reality starts after that. (Ji ho) 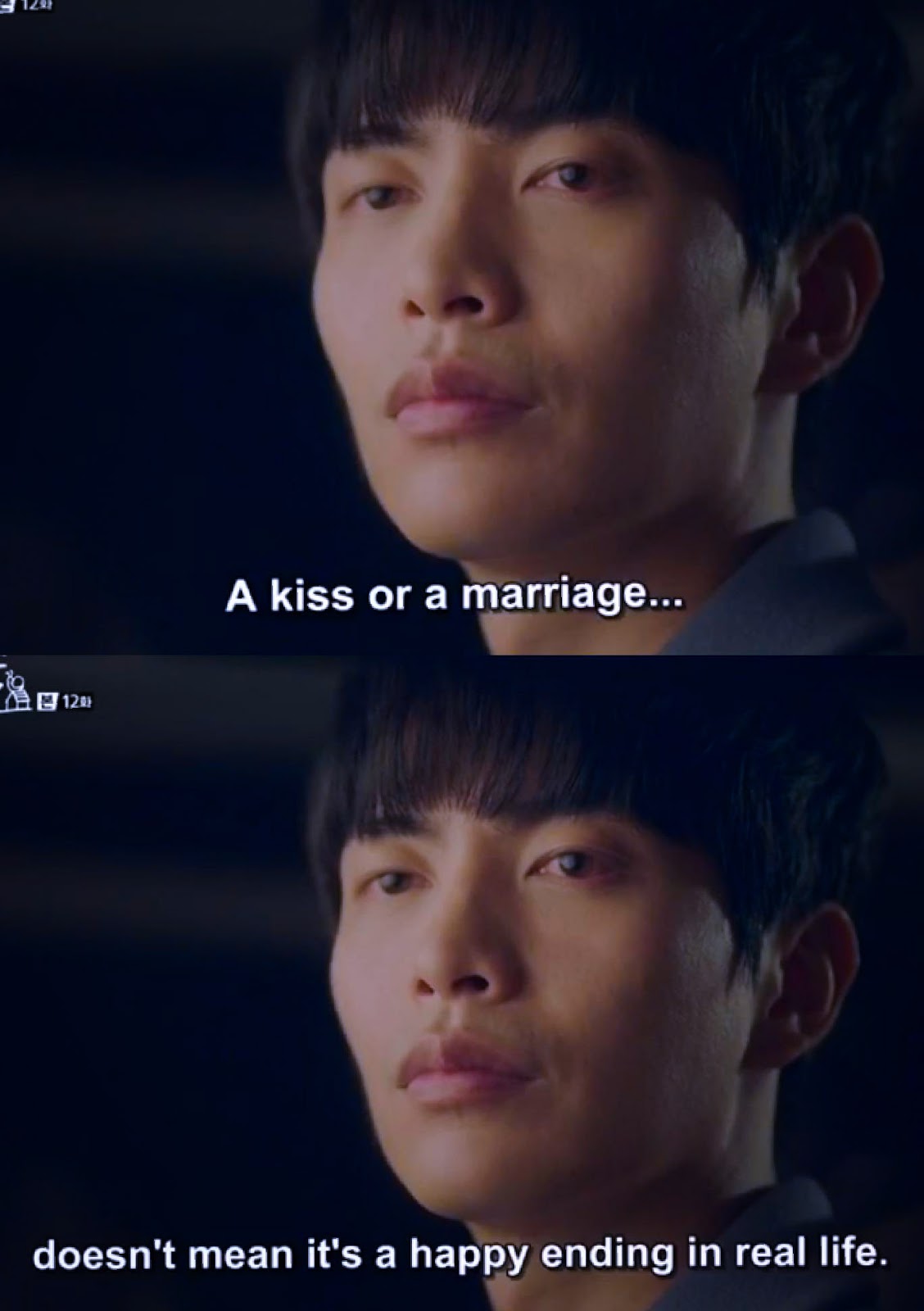 #13. Don’t worry too much. Just because you lived through yesterday doesn’t mean you know everything about today. (Ji Ho)
#14. How can time heal everything? Time just passes, that is all. (Soo ji)
#15. Everyone has a Room 19 of their own. No matter how close they are with others, they don’t want them to find out about that room. No matter how comfortable they feel around others, they can’t invite them to that room. (Jiho)
(“To room 19” is a short story book written by Doris Lessing winner of the Nobel Prize for Literature) 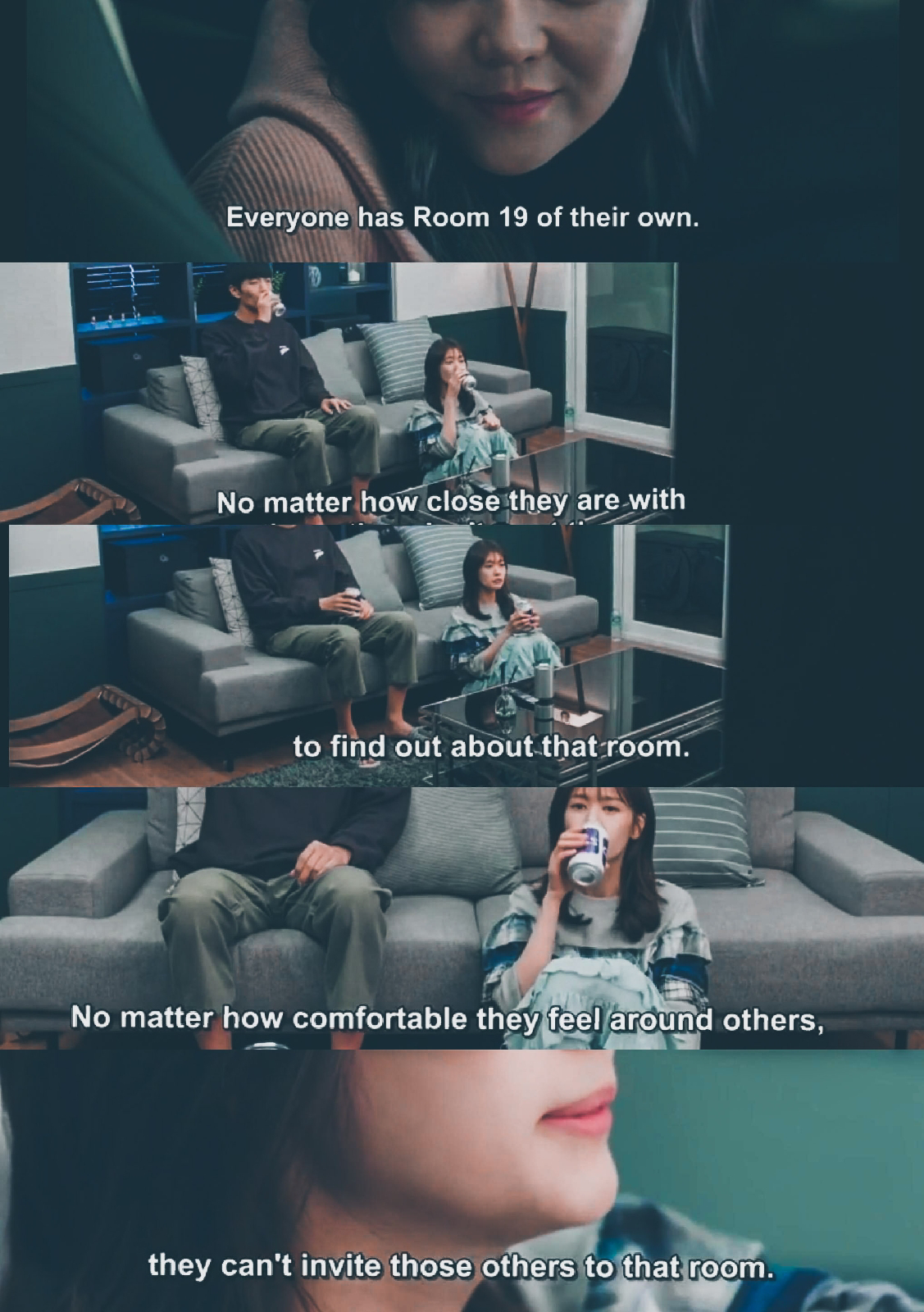 Top Most Beautiful Quotes from the KDrama, Romance is a Bonus Book

#16. A privilege of getting older is that painful experiences are just memories now. (Jung Min) 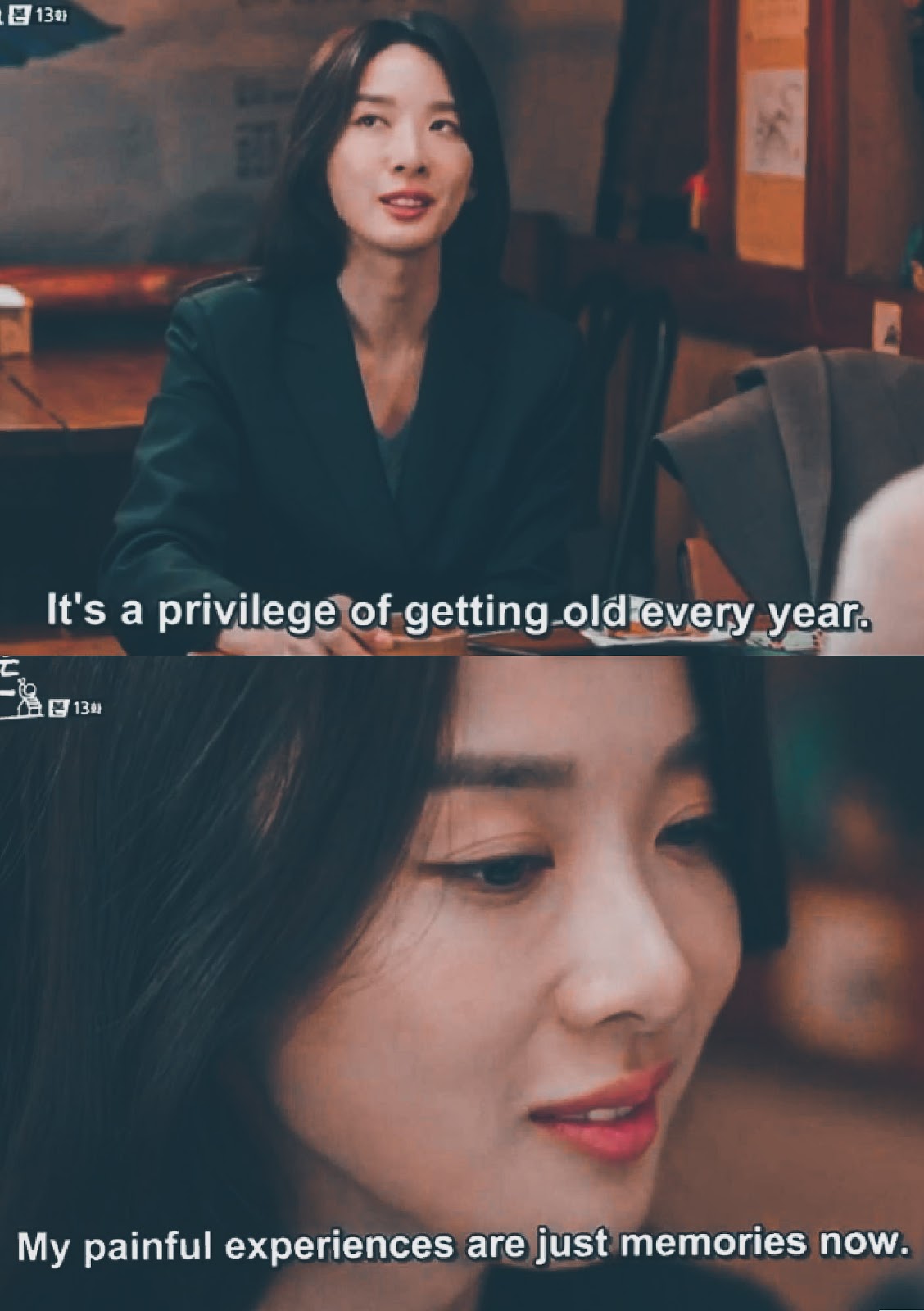 #17. When I first saw it, I was in my 10th grade. I fell for Ben when he went to Elaine’s wedding and ran away with her. It looked really romantic. However, when I watched that movie again in my 20’s, I could see many other things about the movie. Their faces after running out of the wedding venue. They ran away from the wedding full of excitement. But somehow, they became speechless after getting on the bus. It looks like they are anxious and don’t know what to do. I couldn’t see that when I was young, but I can see that now. (Ji Ho talking about a movie The Graduate (1967)).
#18. Being in love once in your life is enough. (Se hee) 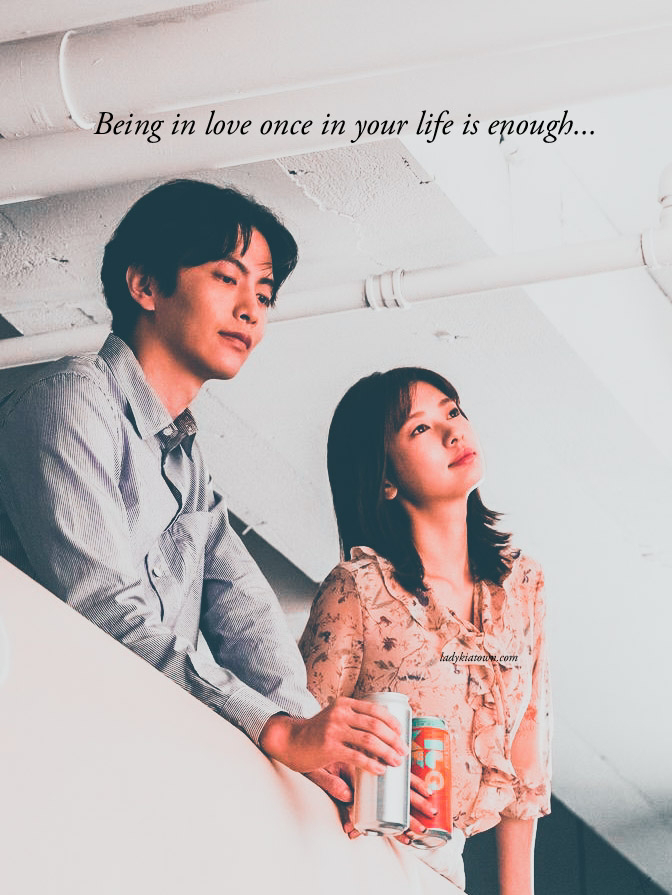 #19. I can hardly support myself. How can I date and love in this state? (Jiho)
#20. Marriage limits your freedom. In modern society, marriage is just a system to preserve your genes. It’s nothing more than that.
#21. If it’s something you have to do, better to finish it today.No one will do it for you anyways.
#22. Cats don’t have neocortex unlike humans, so they don’t get bored or depressed even if they have the same food or do the same things in the same house in their daily lives. Cats have neither a future nor a past. Only one kind of species on Earth lock themselves up in time. They’re human beings.
#23. Just because you’re married, it doesn’t mean you have to make her happy. Who can make anyone else happy? The best thing you can do is not to be in the way of others. 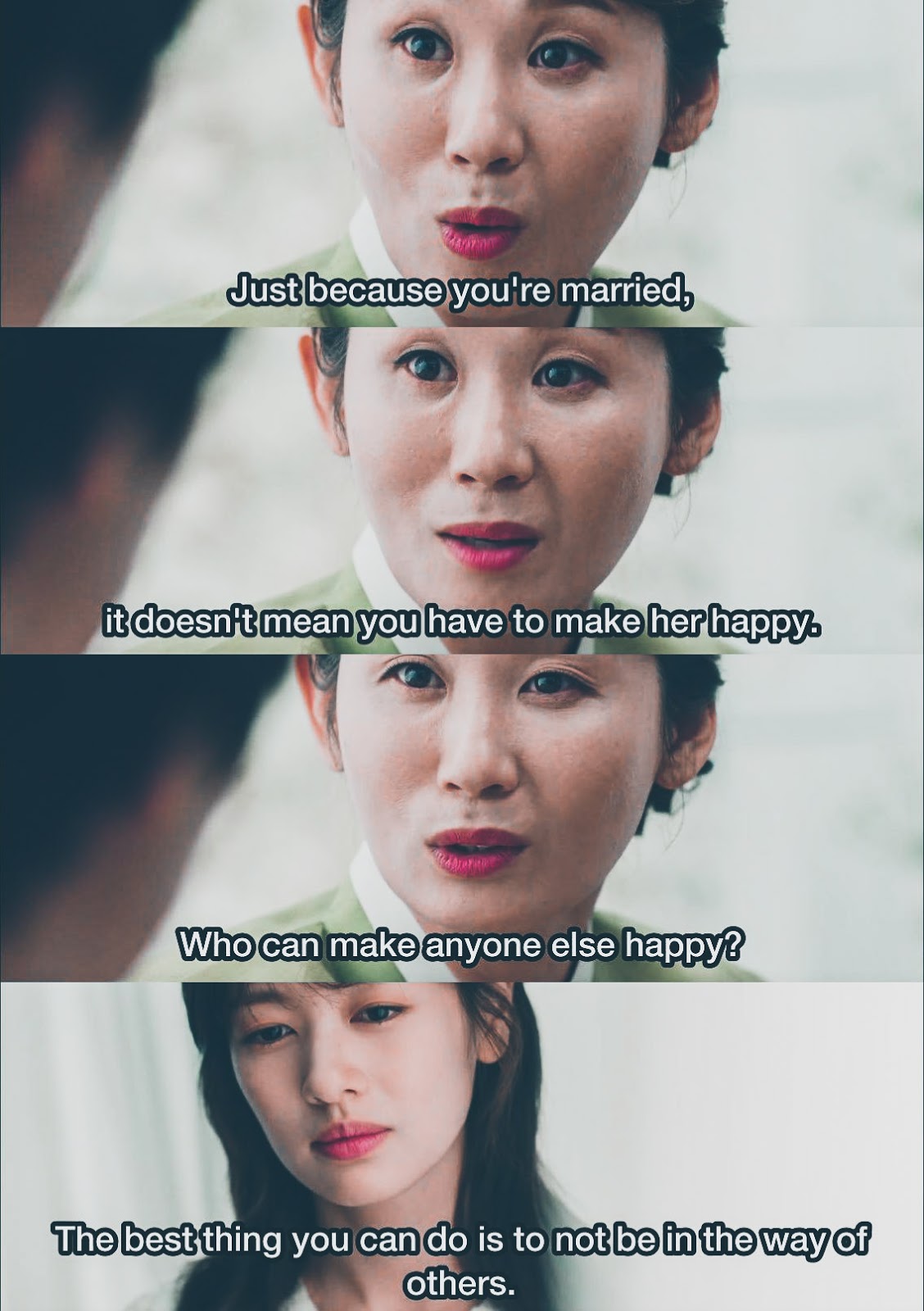 #24. Only human beings use age to make other spend money and draw emotions. That’s what humans got in exchange for evolution. (Se hee)
#25. Words are always slower than the heart… 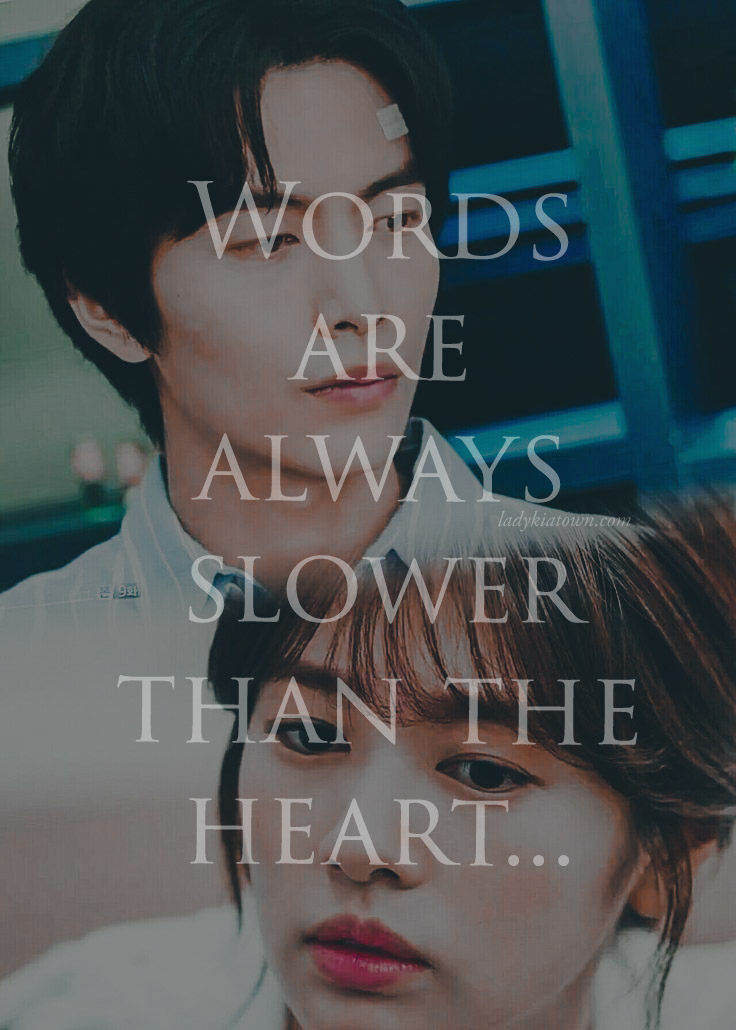 Read more : The Beautiful Poem In “Because This Is My First Life” Korean Drama